Exceptional achievements of St. Gregory’s is recognised by Mayor of London

The exceptional performance of St. Gregory’s Catholic Science College has been honoured by the Mayor of London, Sadiq Khan.

The school was invited to the Schools for Success awards ceremony at City Hall, to celebrate its achievements in supporting pupils needing extra help to fulfil their potential.

The Mayor’s programme aims to improve expectations and raise standards for London’s schoolchildren, regardless of their background.

Now in its second year, Schools for Success has created a network through which schools can share experiences and best practice with others across London.

More than 100 eligible schools are invited to join the programme and every local authority in the capital now has a school it can look to as an example. This group, refreshed annually, represents approximately six per cent of the capital’s schools

The ceremony was hosted by Deputy Mayor for Education and Childcare Joanne McCartney.  St. Gregory’s has been recognised by the Schools for Success programme, because of its outstanding academic achievements.

The Mayor of London, Sadiq Khan, said: “I’d like to congratulate St. Gregory’s for the fantastic work of their staff and pupils in the last year. Our Schools for Success programme shows the significant difference that a supportive and inclusive teaching environment can make for all pupils. London has some of the best schools in the country in the capital and by working together we can make sure that every young Londoner is given the opportunity to reach their full potential.”

Mr Prindiville, Headteacher, said “I am extremely proud of the achievements of all our pupils and this recognition is testament to the hard work and perseverance of the whole school community, including parents, pupils, staff and governors”.

Of the schools recognised this year, more than a third are participating for the second year running, including St. Gregory’s. All participating schools are encouraged to share their expertise with others through seminars and visits so that their success can be multiplied across London. 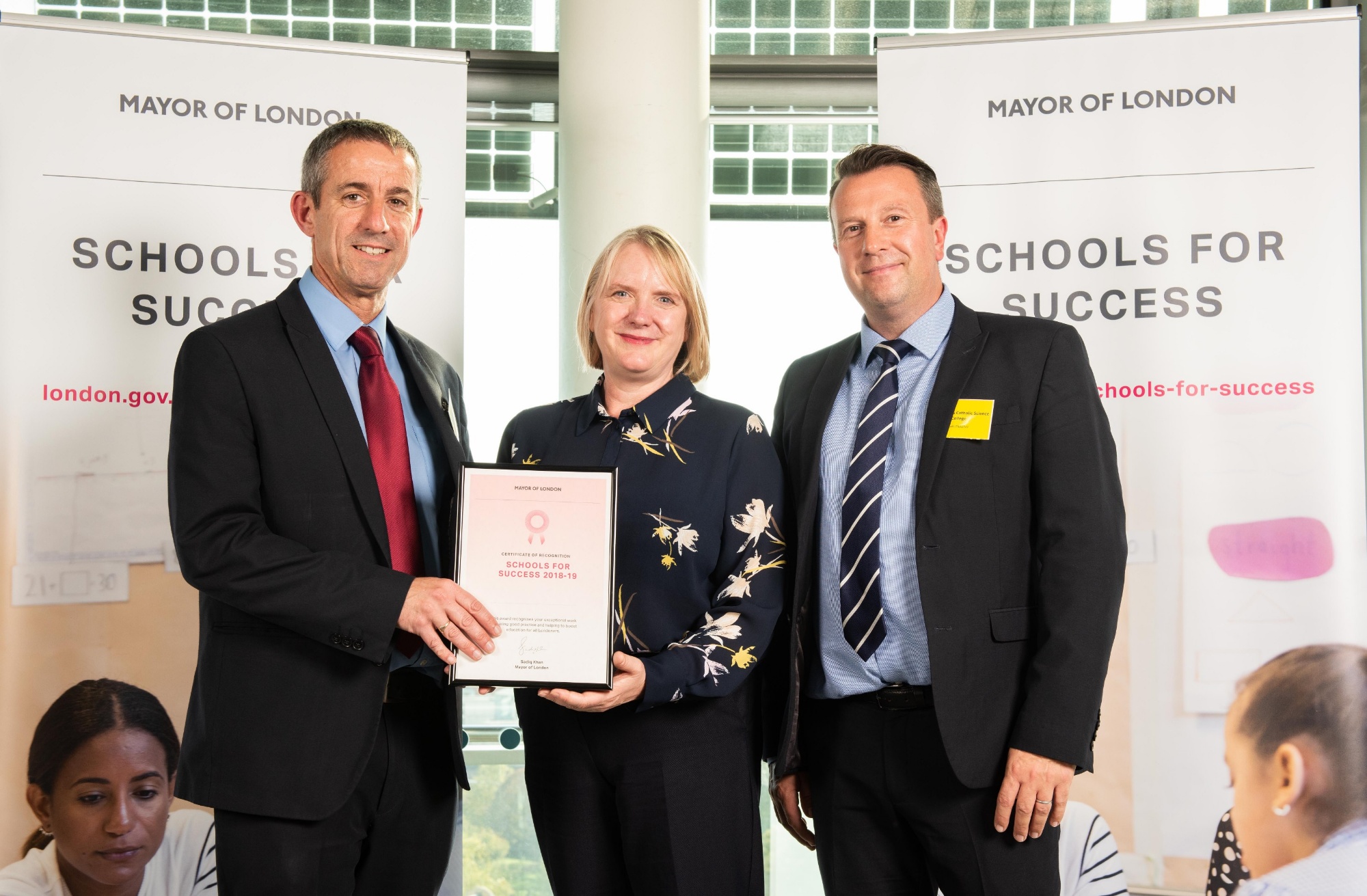